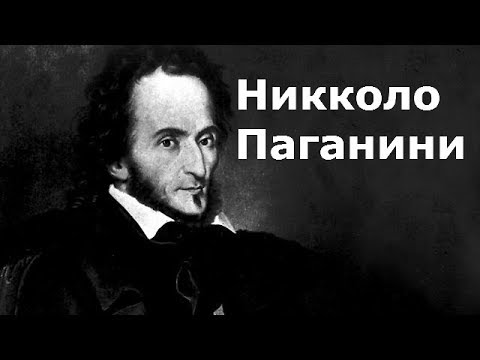 Commissioned by the State Committee of the USSR and Bulgaria for television and radio LENFILM Creative Film Union Bulgarian television NIKKOLO PAGANINI Part One The ancient Italian town of Genoa is spread over the hilly shore of the Mediterranean The streets are a creative combination of the modern age and the ancient Genoa is the hometown of Christopher Columbus The town of Garibaldi and the great Italian revolutionary Giuseppe Madzini Two hundred years ago Nikkolo Paganini was born in Genoa This date is widely celebrated in the hometown of the great musician In an old Genoa neighbourhood like this one, in Black Cat street there was the home of Paganini's parents. Nothing has remained of the narrow canyon-like side-street or the tiny house In their place are modern buildings of companies and banks. The memorial board which has been taken from the house wall Is now in the museum of San Augustino.

Paganini's violin rests in the Town Hall, according to his will The famous Il Cannone Guarnerius The meeting hall Behind this door Paganini's violin is kept Next to it is an urn with a handful of the ashes of Columbus The ancient instrument stays mysteriously silent But on special occasions, the great honour of playing Paganini's violin is granted to modern musicians Genoas Mayor opens the safe The notary examines the precious violin The Mayor hands the violin to the renowned USSR musician Leonid Kogan The last time Paganini touched this violin was on the day of his death.

26 may 1840. 3 am in the morning I am present at the demise of Nikkolo Paganini There is a smile on Maestro's lips Or maybe a grimace of the approaching death.

Yet I cannot believe that the Maestro will no longer be alive Let me through Well, is he dead yet? They say. But who knows Lord Jesus Christ, Forgive his sins Sinners like him aren't forgiven.

I know for sure that he has a child with a singer. Excuse me please The order of Jesus Did he repent? No, he died without saying the name of Christ. Ahill, pray for your father.

Did they find it? In the name of the Law.

May I see Baron Paganini? I am listening.

Who am I adressing? The secretary of the Maestro. Sir Paganini is fined 50 thousand franks for failing to come to the Kings Court. He must immediately report to the local prefecture.

You can see for yourself.

In the name of the law Reads: I ask the Capuchin Fathers to serve a mass in the memory of my soul. I leave my violin to the town of Genoa where it must be kept forever He has died without repentance.

Well What do you say? The Capuchin Friars will not serve a mass in memory of his soul I am not interested in Masses All his money will end up owned by the Order, his son Ahill Paganini will be under our constant observation That will be the concern of others His inheritance consists of intelligent teachers, apart from two million You won't manage. But my service of many years constitutes my devotion to the Order, Holy Father. Of course.

One swears in devotion when is unable to cope with a task. Paganini Niccolo Born in Genoa, 27th October, 1782 Died? 27 May, 1840 In Nice Yesterday Leave A lot is written by your hand here Well yes, you used to play music too Yes, in my youth Atheism is overtaking the world Soon the earth will be bound by steel roads The sky will be obscured by smoke The Jesuits have been deciding the fates of nations for three centuries The mere mention of the Order made both kings and peasants quiver To take so much trouble with one violin player I did all that was possible, Holy Father I followed him all my life Yes, cut-off strings, shameful messing around, the press Holy Father Allow me to retire One does not leave the Order Take a copy and return it Ensure the body is embalmed A long journey awaits the violin-player Little Paganini will need to sacrifice millions to bury his father Write The ashes of the heathen sinner Niccolo Paganini must not find peaceful earthly place anywhere It will never be buried in the ground Nor in a cemetary, or a private land, or state land Nor in the wood, field, village or town In no country where there are signs of the Cross the Cross of Chirst.

Amen We will not allow sacrilige in our cemetary Damned be the digging of this grave They will tear my head off Devil take it! Here Lower it. Lower it! Julio, what do they want? Scoundrels.

Pay no attention A mob. There will be no burial Quiet You are in a cemetary, not a pub Go to your homes I am the lawyer of the deceased, Luigi Djermi We have the permission of the Mayor There is a ban from the Bishop Just as I expected I will go to the Bishop Heed my advice, Gentlemen Burn the body and secretly dispose of the ashes Days, weeks and months go by We continue our sorrowfull journey As if there is an evil relentless force driving us across the planet And nowhere can the ashes of Paganini find their rest The ashes of the heathen sinner Nikkolo Paganini Must not find an earthly resting place anywhere Let it never be buried in the earth Two years passed since the Maestro's death We are sailing to the shores of Italy To Genoa Maybe the soil of homeland will give refuge to its great son Respected Senoras and Sinorinas! The rumours about the death of our great compatriot are a lie! Maestro lives! Maestro has returned! To his hometown of Genoa! My God, it is him My Dear, I read of his death with my own eyes in the newspapers.

Gentlemen, don't trust newspapers - they always lie I would give half my life to see him one more time Death, resurrection - some kind of sorcery! Imposter! Curtain! Damn! Diono Macciarelli, the guard Ian Frantishek Senor, the people of Genoa do not like being lied to You need to leave this town as soon as possible My first train leaves at 6 a.m.

Wait here. Do not appear in the streets again There is a likeness with the Maestro Only at a distance What did you need this trick for? It's the money, isn't it? Money? It is impossible to explain I wanted.... To understand the soul of the Maestro To become him just for a moment To understand the soul of the Maestro He did not allow anyone to touch his soul You knew him? We grew up in the same street Really? I know so little about the years of his youth Do you know a lot about his later years? I read everything written about him Yes, I studied every line about him Here.

Paganini in his carriage, at social events and concerts Physiological remarks on Paganini The life of Nikkolo Paganini in Genoa I know everything about him, almost everything A word said is a word of lies We grew up on the street of the Black cat If it is not too much trouble, tell me about it Very well. 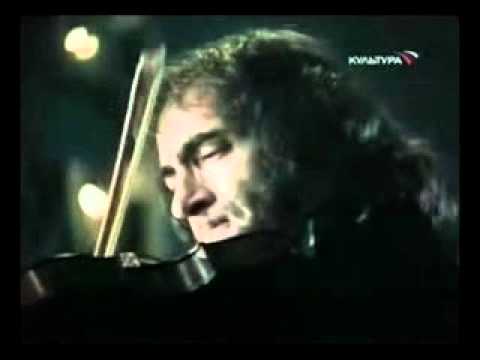 I will tell you. Thing is, Sir Violinist, that he was a gambler since his youth He was a gambler with a Devil's luck. As far as I know, this consuming fire took over his soul after the deal he made.

So you know about the contract as well? I do not know the most important thing How was the contract made? No, don't laugh! There was indeed such a contract! How curious! What did women always love him for so much? For what? He was ugly and they still loved him. Yes, he loved women a lot too.

Prostitutes in ports, countesses Singers It was all a woman's fault There - see what a certain French author writes His contemporary.

A certain wealthy senora was terribly in love with the Maestro. But she knew he would not belong to her entirely while his violin is with him, his guarneri del gesu. So the beautiful senora swore to set fire to his violin I remember This terrible Novella And then one night In the Casino, Maestro gambled untill he was bankrupt Your game is over, Senor violinist Bet on your violin, musician What value do you place upon it? It is priceless.

When he came to his senses, Maestro rushed after the thiefs He ran down the marble stair-case and found himself in a garden lit by lightning Yes, that's right. Senora let out a moan and fell into the dewy grass.

But you would not deny that Maestro went to prison and that is where he discovered the secret Yes, yes Listen When the Senora found out, that Maestro is behind bars, she was consumed by grief and desperation As a sign of forgiveness and submission, she returned the violin to him through a certain monk Very well, very well.

It seems new details are illuminated Let me know my friend, do you know the name of the monk? No And I know. Tell me, I beg you. Niccolo, but how will you play? Three strings have been torn.

God, where did he come from? He came to tell me his stories.

And I tell him mine Stop it, Nikkolo, cats can't have stories. I am sorry for you, mate.

You cannot hear. "I do not like all this, Niccolo" - I said to him Send him to the Devil! He doesn't like it when the Devil is mentioned in front of him.

Then I made the sign of the Holy Cross in secret. Listen, you told me this story as though you were there yourself.

He did not tell you how the contract was made? You want to know how it is done? Yes Very well.

I will tell you everything Nothing happened. Nothing There was no violin lost in a bet, no sword shining in the moonlight There was no prison Do you mean to say that...

I mean to say it is all nonsense Invented by contemporaries Nonsense Lies But the crux of the matter is that maestro himself was a great story-teller.

There was always a secret - the secret of his music Don't be afraid, come.

Mediocrity. Customs search Put it down Here rest the remains of the great Paganini We have received the permission to bury Maestro in his Homeland. Papers The coffin has to be opened.

Julios, what does he want? Let's go, Ahill. I do not understand What do you want, dear Sir? I am obliged to check what is inside it.

In a coffin there should be a body, and only a body Yes? What do you think I found in a similar coffin last week? Smuggled goods! Two thousand cigars. I hope you are smoking one of them. Dear Sir, you will have to obey me. 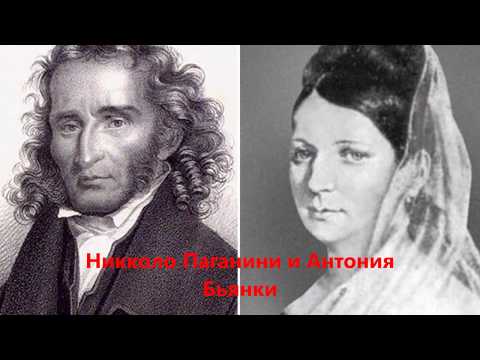 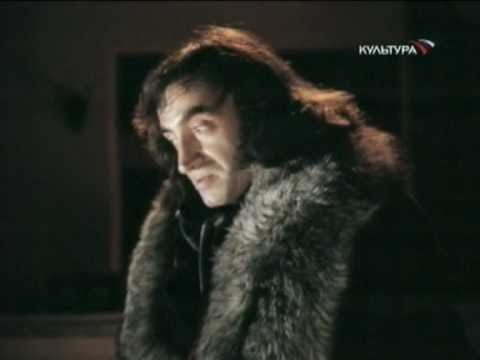 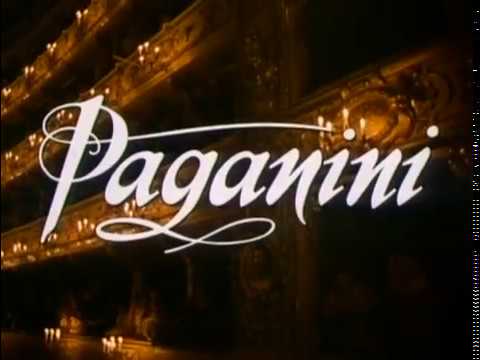